Initially, the Wyandotte were part of the Huron Confederacy, a group of tribes living in Canada north of Lake Ontario. Their subsistence was based on hunting and fishing.

They were forced to move from their homelands beginning in 1745. By the 1870’s some groups had migrated to Oklahoma after spending time in Ohio and Kansas. During this period of movement they changed to farming for their survival. They harvested crops including red beans, corn, peas, pumpkins, squash, and tobacco.

Today the tribe has a large complex in Wyandotte, Oklahoma, with a library and heritage center. Their health services program is noted for its excellence. 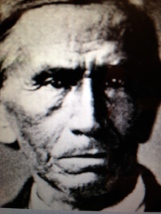